​Maltese Brewing Company was founded and started by Bobby Cook and Joseph Smith. Two firefighters with a passion for craft beer, which brought them together.  When the two heroes were not saving homeless babies from their burning mansions, they loved getting together to create delicious home brew. A past time that the two could share while their little ones were running a muck in the house. Many home brews and band-aids later (don't worry they're professionals) the two decided that they could make better use of their time by finding part time jobs. After many more brewing sessions to discuss this further, they decided to sell their beer! Thus the creation of the world's most awesome nano-brewery began...
"Why Maltese?" And "What does Maltese mean?"
​Here is a explanation of the Fire Fighters Maltese cross. Each leaf has a virtue and each point has a characteristic! 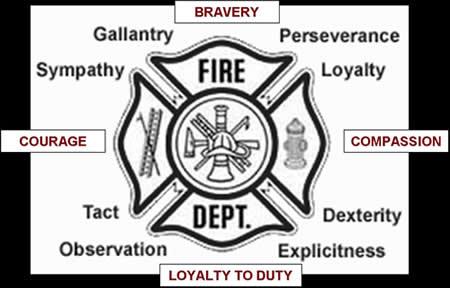